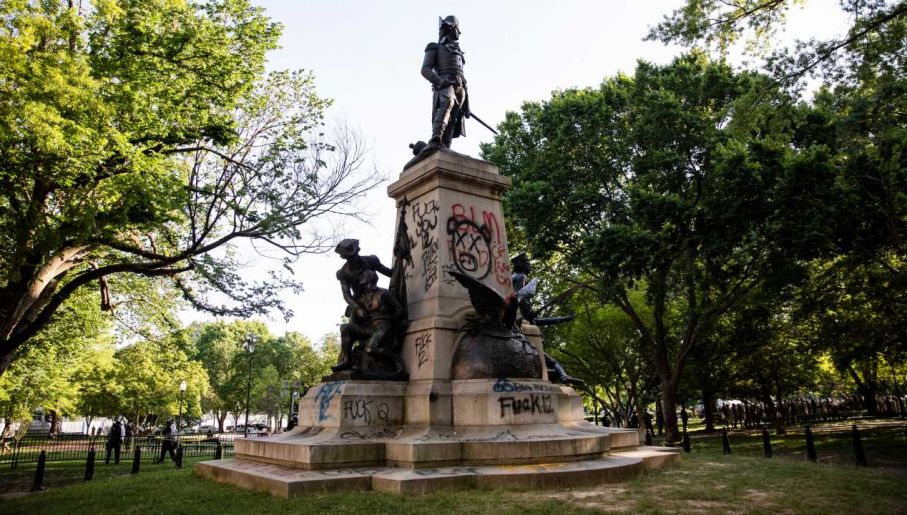 The statue of Kościuszko destroyed by rioters

In the wake of nationwide demonstrations, protests and rioting over the death of George Floyd in Minneapolis, several Masonic jurisdictions have issued joint unity statements from the ‘mainstream’ state grand lodges and Prince Hall Affiliated grand lodges. In addition to the District of Columbia and Missouri which were reported here previously, similar unity statements have been issued in New York, North Carolina, Oklahoma, and Illinois, all posted here …