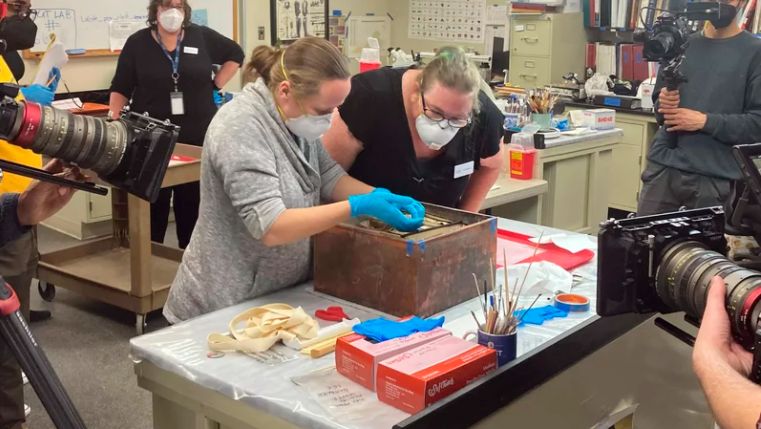 Historic conservation experts in Virginia have pulled numerous pamphlets, newspapers, coins, bullets and other memorabilia from a copper box found at the site where a Robert E. Lee statue stood in Richmond.

The unboxing on Tuesday came after workers found the time capsule that had eluded them for months — until Monday, when Virginia’s governor announced that crews had found “the time capsule everyone was looking for.” It was placed in the statue’s pedestal in 1887.

One pamphlet appeared to be a real estate listing: The Immigrant’s Friend: 500 Virginia Farms for Sale or Exchange. Some of the artifacts related to Freemasons, including a wood masonic symbol and a booklet called the 1886 Annual Convocation of the Grand Chapter of the State of Virginia.

There were coins, some of them stuck to…