Waco is home to oldest continuous fraternal organization in Texas 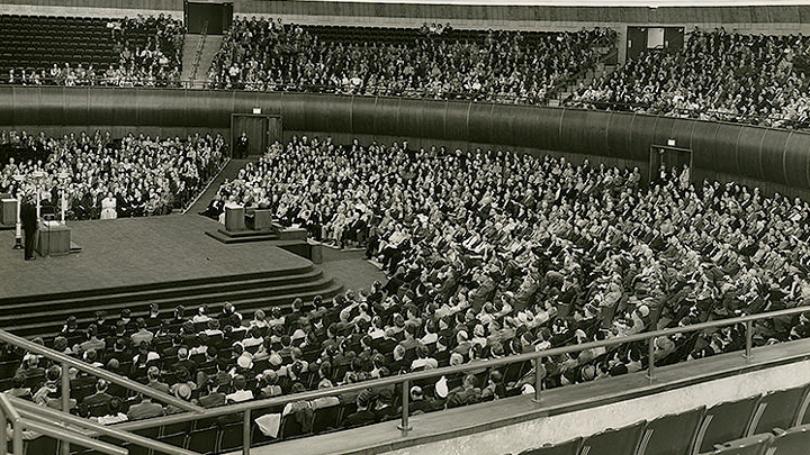 A meeting inside the Grand Lodge of the Republic of Texas. (Courtesy photo)

WACO, Texas (KWTX) The state’s oldest continually operating organization moved its headquarters from Houston to Waco in 1903 where it thrived and today Texas Freemasons is the fifth largest group of Masons in the world.

The basis of Masonry is service and fraternity, supported by data that suggests combined, all branches of Freemasonry in the United States today provide various charities $1.5-million-a-day, or $547,500,000 annually, although a few years ago that figure was almost $2-million-a-day.

In 2017, all foundations across the country including independent, community, and operating foundations provided $66.9 billion to various charities, or 16 percent of all charitable donations.

On Monday Baylor University announced the Waco Scottish Rite Charitable Foundation would endow Baylor Camp Success with a $1.6 million gift that will ensure the Camp Success program at Baylor, which provides intense summer literacy and language programs for children through the university’s Department of Communication Sciences and Disorders.

“It (the money) comes from their (Masons’) pockets, and from the money they raise standing on street corners holding cans and asking everyone to help,” Texas Past Grand Master Brig. Gen. Reese L. Harrison, Jr., of San Antonio, said.

Harrison currently serves as chairman of board that owns and operates the Grand Lodge building in Waco.

As part of that role he serves as chairman of the board that oversees the library and museum, board member Claude Ervin, of Waco, said.

“They do the same thing firefighters do when they fill their boots,” Reese said, “it‘s hard work but they love to do it.

“Masons are people who have charitable dispositions and they act on that,” Harrison said.

That’s why treatment for any child at any Masonic hospital is free.

“There is no charge,” Harrison said, “ever.”

The Shriners’ Children’s Burn Hospital in Galveston, just last week received six children who were severely burned during the recent eruption of a volcano in Guatemala.

“They were flown here on a U.S. military airplane and were taken to the Galveston hospital, after they were severely burned by lava,” Harrison said.

There’s no place better in the world that could offer them better care.