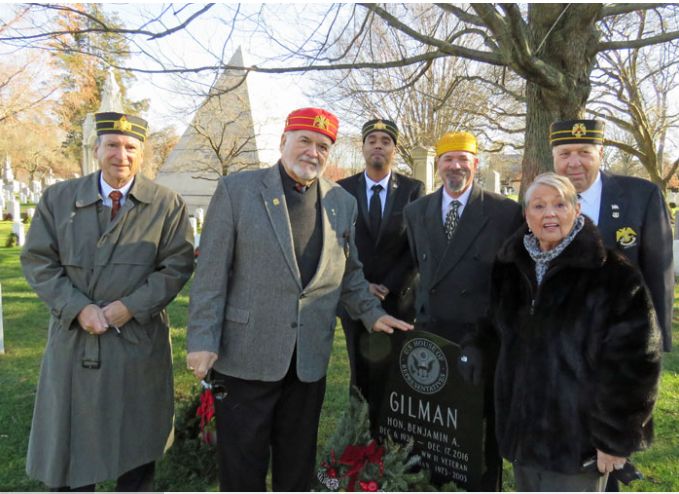 WEST POINT – Members of the Benjamin A. Gilman Lodge of Perfection, Valley of Hudson (formerly known as the Middletown Lodge of Perfection) joined with the late Congressman Ben Gilman’s widow Georgia, friends and former staff recently to honor the memory and legacy of the congressman with a wreath at his graveside.

Gilman served in the United States Army Air Corps from 1942 until 1945 during World War II. During that conflict, he flew 35 missions over Japan, earning the Distinguished Flying Cross and the Air Medal with Oak Leaf Clusters.

“We as Freemasons, are citizens of two worlds, as such we know that Brother Ben is smiling down on us today and waiting to greet us all once again at the Supreme Celestial Lodge. We will never forget his love for freemasonry and…