What Can The Egyptian Book of the Dead Teach Us About The Masonic Life? 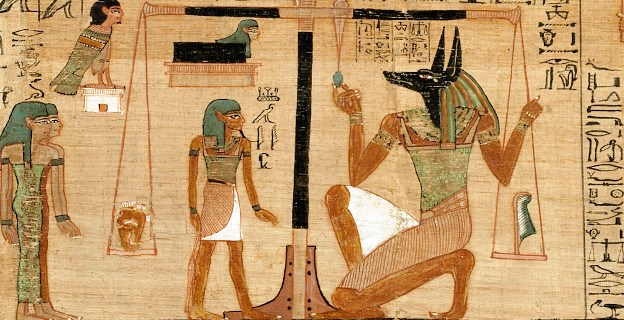 While Freemasonry is known for secrecy, it’s no secret that we trace the origins of our rituals and teachings to the ancient mystery schools of Egypt; many masonic writers, such as Manly P. Hall, have publicly stated this. While there is disagreement among academic historians about the true origins of the Order, Freemasons do tend to believe in this ancient source of the mystic teachings, and we can also be relatively certain that the esoteric wisdom traditions which are the antecedents to speculative masonry, such as Hermeticism and Alchemy, are connected to the ancient Egyptian mystery schools.

This means that, in my opinion, anytime we look at something from Egypt, we should try to look at it masonically; that is, we should try to interpret the inner meaning of it, to see the truth behind the symbols.

One of the most fascinating writings we have from the ancient Egyptian traditions is known as the Egyptian Book of the Dead. Alternatively translated as The Book of Emerging Forth Into the Light, or The Book of Becoming Light, this book of “spells” is thought to have been written by many priests over a period of perhaps 1,000 years, as a guide for death, to be read aloud to the dying. There are different versions, with different combinations of spells, and 192 total spells are known, from all versions.

A Guide to the Initiation Beyond Death

While having a guidebook to read to a dying person to lead them through the afterlife is an interesting concept in itself, what may be more profound is to examine the book and what it might tell us about life, and perhaps even the masonic life.

It may help here to have some context of the Egyptian conception of life, the universe, and magic. To the ancient Egyptians, magic permeated the world, and words in themselves were inherently magical. Consequently, to the Egyptians, there was…