New Zealand – When masons met in a mosque 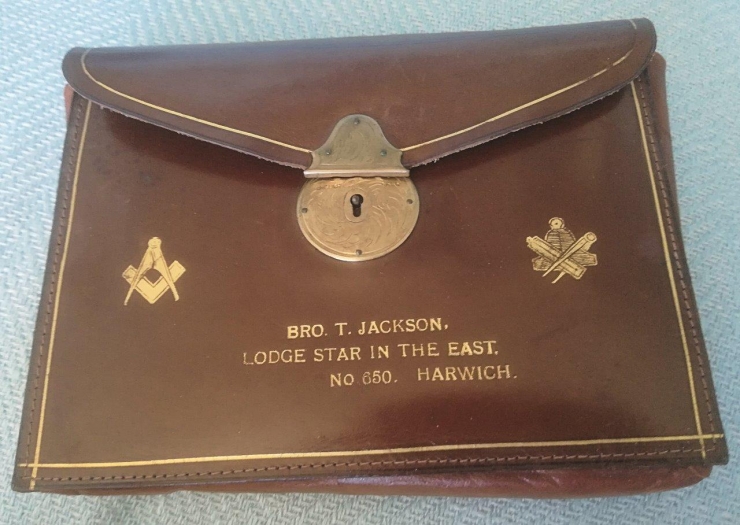 Found in an old leather regalia case, a typed document has surfaced reporting on how New Zealand Freemasons held a masonic meeting in a mosque on the site where King Solomon’s Temple had once stood. It tells the story of how ‘a great sheikh’ not only allowed the masons to hold a meeting in the mosque, but also that the sheikh was a Freemason.

The scrap of paper belonged to Thomas Jackson, who had been raised in Star in the East Lodge, No. 650, and the Freemasons mentioned in his story were members of the New Zealand Expeditionary Force Masonic Association. Formed in France by Colonel George Barclay in 1917, the association’s objective was to hold meetings to promote fraternity among its members, with branches formed in various camps, depots and hospitals.

One branch was formed in Egypt and Palestine in May 1917 by Brigadier-General William Meldrum (1865-1964), with the meeting referred to in Jackson’s account likely taking place in April 1918 in the Dome of the Rock, Jerusalem. Standing on Mount Moriah, this is where Abraham is said to have prepared to sacrifice Issac, and where Muhammad ascended to heaven, making it a holy place to Judaism, Christianity and Islam. Believed to have been built around 1,000BC on the same site, King Solomon’s Temple has influenced masonic symbolism for centuries.

More than 100 years after the meeting, the piece of paper was passed to…