Who Is the Widow’s Son? 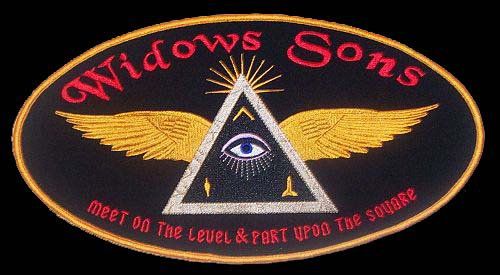 Perhaps most well known as a Masonic Biker organization, the origin of the term Widow’s Son is actually quite old and deep in Masonic Lore. What is the significance of this term, why is every Mason considered to be a Widow’s Son? As with so many other aspects of Freemasonry, the mystery of the Widow’s Son is part of a multi-layered living tapestry of myth which is both investigated, discovered, passed on, and reconstructed over time by each Mason individually, and all Masons collectively.

As always, this writing is not an expression of the official views of Universal Co-Masonry, but simply the reflections of one Co-Mason.

Biblical Lineage?
As even non-Masons may be aware, Freemasonry takes as its primary mythological framework various aspects of Biblical history, particularly King Solomon, and of course the central figure of the architect which he chose to build the Temple of God during his reign, Hiram Abiff. One line of investigation into the term Widow’s Sons speculates that the title refers to a literal genealogical lineage, a vine whose fruits include Jesus, Solomon, David, all the way back to Enoch, and Adam, the biblical first human. As you might imagine, Masonic Grail Bloodline theorists have a heyday with this interpretation.

The reason this lineage is referred to as Widow’s Son is that one of it’s early maternal ancestors is the biblical character of Ruth. She was a Moabite, a people descended from the incestuous episode with Lot and his daughters after Sodom and Gomorrah were destroyed. However, Moab was…