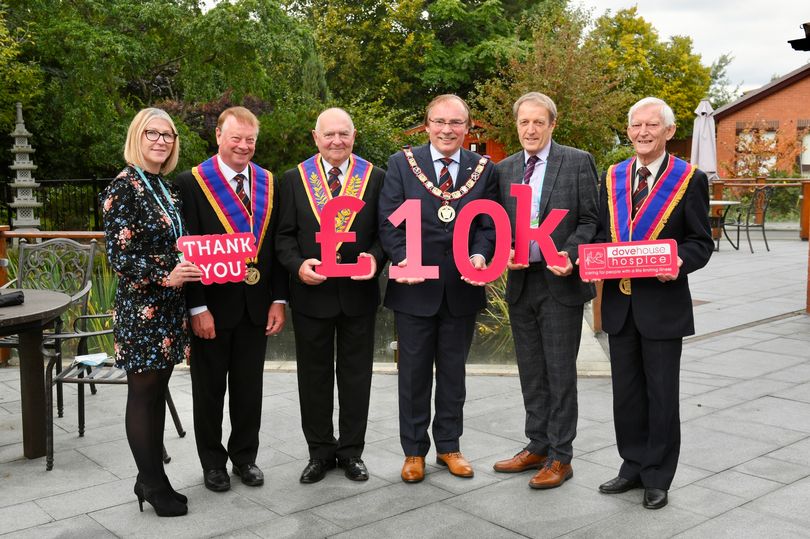 Hull’s Dove House Hospice has received a £10,000 donation towards its work to support people across the county who have life-limiting illnesses.

Staff and volunteers at the hospice, in Chamberlain Road, east Hull, welcomed representatives of the Mark Master Masons of North and East Yorkshire who were able to gift the sum of £10,000 via the Mark Benevolent Fund, the official charity of the Grand Lodge of Mark Master Masons.

The donation forms part of a Major Capital Grant of £1.3m to over 250 hospices in England, Wales, Channel Islands and Isle of Man, recognising the contribution made by the late Prince Philip, Duke of Edinburgh to the service of the Crown and the life of the…