The Grand Lodge of Hawaii is the smallest and youngest of American jurisdictions, consisting of eleven constituent lodges and about 1,500 members. It has a most colorful history, being intimately involved in the formation of modern Hawaii.

Hawaiian Freemasons labored under four different forms of government: a kingdom (during the last half of the 19th century), a republic (1894-98), a U.S. territory (1898-1959) and statehood (after 1959). Its members have included three kings (Kamehameha IV, Kamehameha V and Kalakaua) and prince consort John Dominis, the first Scottish Rite 33rd Degree Mason in Hawaii; four governors; and six chief justices of the Hawaii Supreme Court.

The cornerstones of many public buildings in Honolulu were laid with Masonic ceremonies, among them Iolani Palace, the only authentic royal palace in the United States, which was built by King Kalakaua in 1882. During the late 1800s two Hawaii lodges belonged to grand bodies in France and Scotland. In 1852 Hawaiian Lodge was chartered by the Grand Lodge of California and all Hawaii lodges became part of that grand lodge from 1902 until 1989, when the Grand Lodge of Hawaii was established. 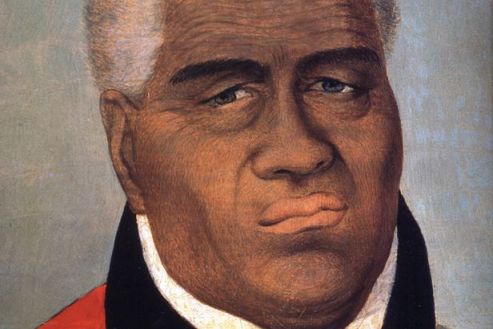