The Grand Lodge of Idaho is headquartered in Boise.

The first organized Masonic activity in present-day Idaho dates to 1862, when a group of Freemasons organized an informal Masonic club in Florence in what was then Washington Territory. That same year, a dispensation was granted by the Grand Lodge of Washington to form a new Masonic Lodge in Lewiston. This Lodge was chartered in 1864 but disbanded a year later after a decline in gold mining activities in the area.[citation needed]

In July 1863 the Grand Lodge of Oregon granted a dispensation to a Masonic group in Bannock City (now Idaho City). This Lodge was chartered as Idaho Lodge No. 35 in 1864. The Grand Lodge of Washington, which considered all of Idaho Territory to be within its jurisdiction, charged the Grand Lodge of Oregon with illegally chartering the lodge. This controversy continued for some time and spread throughout the Masonic community in the United States. Even so, over the next couple years Masonic Lodges in northern Idaho Territory were granted charters in Washington while southern Idaho Territory Lodges continued to receive charters from Oregon.[citation needed]

Idaho Lodge, which spearheaded the drive to create a Grand Lodge in Idaho Territory, was given the distinction of being recognized as its first chartered Lodge. Today Idaho Lodge No. 1 is headquartered in Boise.[citation needed] 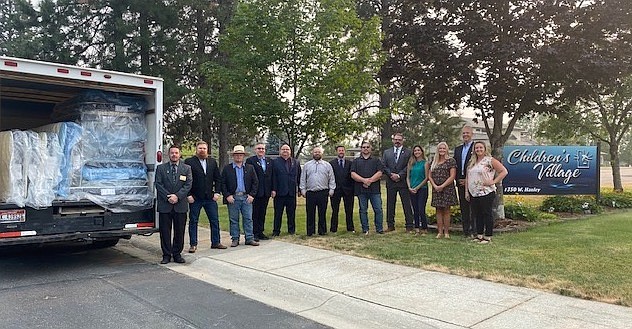