In 1752, a French Rite warrant arrived from France to form la Parfaite Harmonie Loge (Perfect Harmony Lodge) at the edge of New Orleans. In 1757, a charter was issued from Bordeaux to Perfect Harmony to also work in the Scottish Rite. In 1763, Loge de Parfaite l’Ecosse (Lodge of Perfection) was opened under the Scottish Rite ritual, and in 1765 a second Scottish Rite Lodge, la Consolante Maconne, received its charter from Bordeaux. With the Treaty of Paris, New Orleans came into possession of the Spanish, and needless to say the predominantly French residents were not happy. In 1766 the residents revolted and threw out the Spanish administrators and the small garrison. In 1767, Spanish official Don Alexandro O’Reilly arrived and quieted the rebellion, executing all of the leaders—most of whom were Freemasons. Spanish rule outlawed Masonry and the Lodges went silent.

In 1793, Parfaite Union (Perfect Union) Lodge was organized by several Masons living in New Orleans and applied to the Grand Lodge of South Carolina for a charter. On March 30, 1794, Loge la Parfaite Union № 29, having been duly constituted as a York Rite Lodge held the first installation of officers. That same year Masons who practiced the French Rite petitioned the Grand Orient of France for Etoile Polaire Loge (Polar Star).

A total of seventy-six new lodges were chartered between the creation of the Grand Lodge of the State of Louisiana, F.&A.M. in 1850 and the outbreak of the Civil War. A total of one hundred seventy four lodges had been organized and chartered through the efforts of Masonry in Louisiana from August 15, 1812 to February 16, 1860. 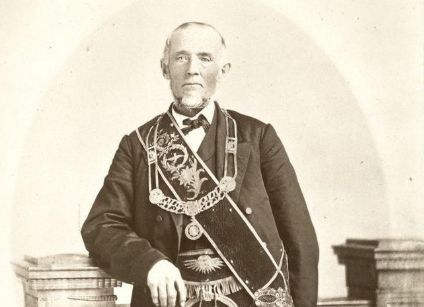 Grand Lodge of the State of Louisiana

THE SCOTTISH RITE IN LOUISIANA

History of Freemasonry in Vernon Parish

Grand Lodge of the State of Louisiana.