Like Vermont’s settlement, its Freemasonry was also a confluence of different people. The first lodge in Vermont began in New Hampshire, but was chartered as “Vermont Lodge.” In 1781, Freemasons in Cornish, New Hampshire, received a charter from the Grand Lodge of Massachusetts to meet in Vermont. The brethren, however, chose to meet in Charlestown, N.H., until 1788. When Vermont Lodge crossed the Connecticut River and settled in Springfield, they requested and were granted a new charter and the new name of Faithful Lodge. The Grand Lodge of Massachusetts also chartered Vermont’s second lodge, North Star at Manchester in 1785.

Becoming a state in 1791, Vermont remained open Masonic territory. This allowed other Grand Lodges to charter lodges in the north and south. The Provincial Grand Lodge of Canada (Ontario) warranted Vermont’s third lodge, Dorchester at Vergennes on 3 September 1791. The Grand Lodge of Connecticut warranted the fourth and fifth Vermont lodges: Temple Lodge at Bennington on May 18, 1793, and Union Lodge at Middlebury on May 15, 1794.

Three months after Union Lodge received its charter, Freemasons from North Star, Dorchester and Temple Lodges met at Manchester. On August 7, 1794, the delegates drafted a grand constitution and a resolution to form an independent Grand Lodge. Between 10 October and 14 October 1794, fourteen officers representing the five Vermont lodges meet in convention at Rutland. The convention approved a Grand Constitution, elected Grand Lodge officers and granted its first charter to the local Freemasons as Center Lodge No. 6. Bro. Noah Smith of Temple Lodge was installed Grand Master and Bro. Nathaniel Brush of Temple Lodge installed Grand Secretary.

At its second communication the Grand Lodge chartered the founding lodges: Faithful as Vermont № 1, North Star № 2, Dorchester No. 3, Temple № 4 and Union № 5. Temple Lodge № 4 went dark in 1808, and North Star № 2 followed suit in 1813. By in 1827 the Grand Lodge had issued seventy-three charters and had 68 working lodges on its rolls.

The Anti-Masonic period was near fatal to Vermont Freemasonry. In 1829, the Grand Lodge elected Nathan Haswell as its Grand Master, and Philip Tucker as its Deputy Grand Master. GM Tucker put forth DGM Tucker’s “Appeal to the Inhabitants of Vermont”, that Freemasonry was not evil as it was branded by the Antimasonic Movement. The appeal letter was signed by one hundred and fifty-seven brothers, including Governor Samuel Craft and former governor Martin Chittenden. In the following years, fewer and fewer lodges attended the Grand Lodge meeting, but each time, any resolution to dissolve Freemasonry in Vermont was defeated! In 1833, Grand Master Haswell put forth a resolution that the Grand Lodge would accept all charters and properties of lodges wanting to dissolve. The monies from those dissolved lodges would be donated to the Common School Fund of Vermont. In 1833 the “Address of the Officers of the Grand Lodge to the People of Vermont” was published. It defended Freemasonry against the Antimasons, and argued for the right for Freemasonry to exist. From 1833-1837, fewer and fewer lodges attended the Grand Lodge meeting. In 1837 the Grand Lodge, consisting of Grand Master Haswell, G Treasurer Englesby, and G Secretary Hollenbach met, declared the Grand Lodge open, and declared it closed. They met in 1838, 1840, 1842, and 1844 to do the same. In 1846, Grand Master Haswell invited representatives from the ten surviving lodges to meet for the revival of the Masonic lodges in Vermont. Only through Grand Master Nathanial Haswell’s and Deputy Grand Master Phillip Tucker’s fortitude was the Grand Lodge reconstituted. In 1849 new charters were issued to every surviving Lodge.

Today, Grand Master Stuart V. Corso presides over the Grand Lodge of Vermont comprised of 78 lodges with a membership of more than 4,000 Masons. Vermont Freemasonry sponsors CARE educational programs, by the National Masonic Foundation for Children, each year to help children at risk, and our lodges host a variety of local activities for the benefit of their communities. 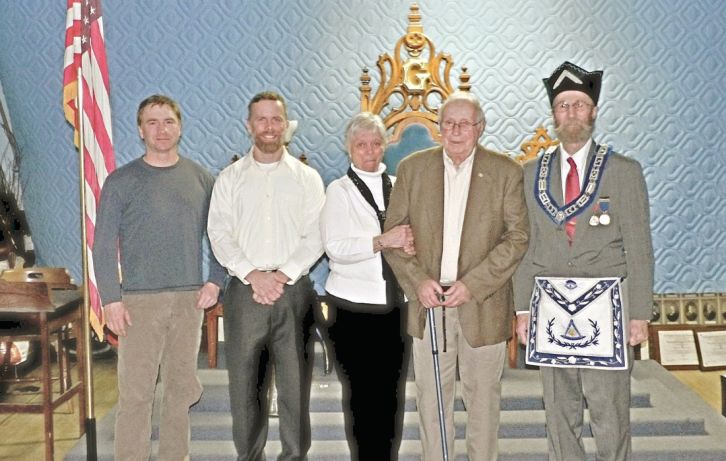