Freemasonry or Masonry consists of fraternal organisations that trace their origins to the local fraternities of stonemasons, which from the end of the fourteenth century regulated the qualifications of stonemasons and their interaction with authorities and clients. The degrees of freemasonry retain the three grades of medieval craft guilds, those of Apprentice, Journeyman or fellow (now called Fellowcraft), and Master Mason. These are the degrees offered by Craft (or Blue Lodge) Freemasonry. Members of these organisations are known as Freemasons or Masons. There are additional degrees, which vary with locality and jurisdiction, and are usually administered by different bodies than the craft degrees.

The basic, local organisational unit of Freemasonry is the Lodge. The Lodges are usually supervised and governed at the regional level (usually coterminous with either a state, province, or national border) by a Grand Lodge or Grand Orient. There is no international, worldwide Grand Lodge that supervises all of Freemasonry; each Grand Lodge is independent, and they do not necessarily recognise each other as being legitimate.

Modern Freemasonry broadly consists of two main recognition groups. Regular Freemasonry insists that a volume of scripture is open in a working lodge, that every member profess belief in a Supreme Being, that no women are admitted, and that the discussion of religion and politics is banned. Continental Freemasonry is now the general term for the “liberal” jurisdictions who have removed some, or all, of these restrictions.

MASONRY – SOURCE OF THE WORD 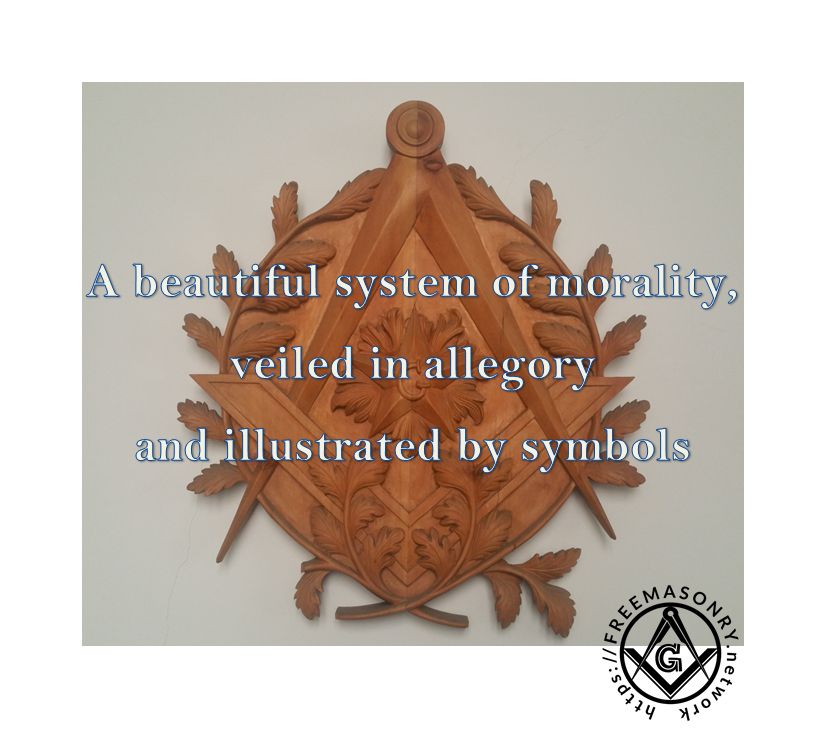