he status of women in the old guilds and corporations of mediaeval masons remains uncertain. The principle of “femme sole” allowed a widow to continue the trade of her husband, but its application had wide local variations, such as full membership of a trade body or limited trade by deputation or approved members of that body. In masonry, the small available evidence points to the less empowered end of the scale.

At the dawn of the Grand Lodge era, during the 1720s, James Anderson composed the first printed constitutions for Freemasons, the basis for most subsequent constitutions, which specifically excluded women from Freemasonry. As Freemasonry spread, continental masons began to include their ladies in Lodges of Adoption, which worked three degrees with the same names as the men’s but different content. The French officially abandoned the experiment in the early 19th century. Later organisations with a similar aim emerged in the United States, but distinguished the names of the degrees from those of male masonry.

Maria Deraismes was initiated into Freemasonry in 1882, then resigned to allow her lodge to rejoin their Grand Lodge. Having failed to achieve acceptance from any masonic governing body, she and Georges Martin started a mixed masonic lodge that worked masonic ritual. Annie Besant spread the phenomenon to the English-speaking world. Disagreements over ritual led to the formation of exclusively female bodies of Freemasons in England, which spread to other countries. Meanwhile, the French had re-invented Adoption as an all-female lodge in 1901, only to cast it aside again in 1935. The lodges, however, continued to meet, which gave rise, in 1959, to a body of women practising continental Freemasonry.

In general, Continental Freemasonry is sympathetic to Freemasonry amongst women, dating from the 1890s when French lodges assisted the emergent co-masonic movement by promoting enough of their members to the 33rd degree of the Ancient and Accepted Scottish Rite to allow them, in 1899, to form their own grand council, recognised by the other Continental Grand Councils of that Rite. The United Grand Lodge of England issued a statement in 1999 recognising the two women’s grand lodges there to be regular in all but the participants. While they were not, therefore, recognised as regular, they were part of Freemasonry “in general”. The attitude of most regular Anglo-American grand lodges remains that women Freemasons are not legitimate Masons.

Women and Freemasonry (by Grand Lodge of Texas)

The Order of Women Freemasons

The Honourable Fraternity of Ancient Freemasons 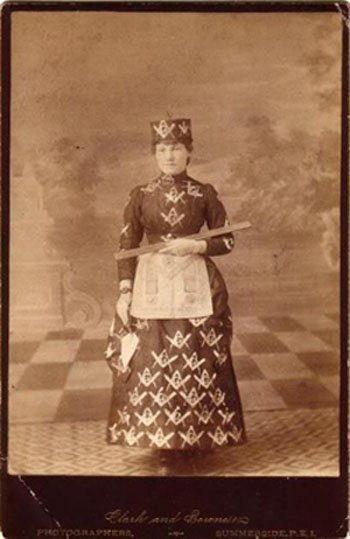 © by New Orleans Scottish Rite College. We recommend to visit its YouTube channel.

This page is not finished yet. Help us to complete the construction by becoming our Patron.