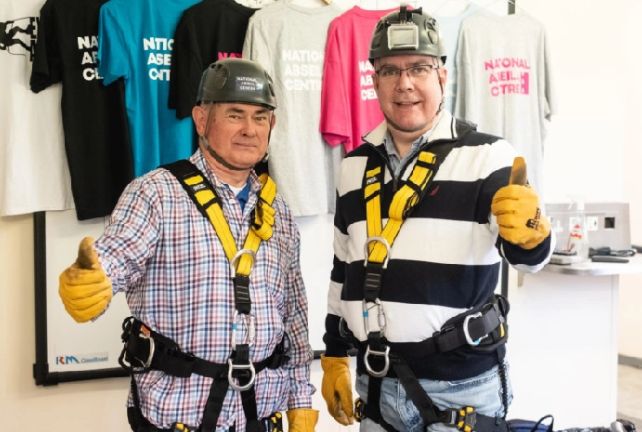 Two members of the Bucks Freemasons abseiled down a 420 foot lift tower in Northamptonshire in order to raise funds to go towards the organisation of the 2021 Bucks Masonic Festival.
The daredevil challenge was completed by the Bucks deputy provincial grand master Hugh Douglas Smith and the assistant provincial grand master Phil Blacklaw.
The pair abseiled down the National Lift Tower at Tower Square, Northampton with plenty of butterflies in their stomachs as the tower stands at 420 ft high.
In the build-up Hugh joked of his cunning plan to avoid the adventure by attempting to eat enough to make himself too heavy for the ropes, thus preventing his participation!
Meanwhile, his abseiling partner Phil took the precaution of not telling his nearest and dearest of his planned descent so they…

read more at The Bucks Herald: