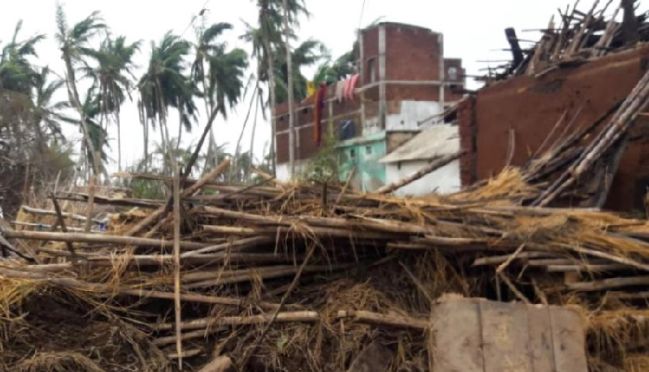 The Bucks Freemasons have donated towards a £16,000 grant to help victims of a cyclone in the Puri district of Odisha, India.

Cyclone Fani hit Odisha at the end of April and the start of May this year, and was reportedly the strongest tropical storm to hit the country in decades.

Millions of people across the Indian state saw their lives devastated and were given emergency supplies of food and materials to rebuild their homes, thanks to a grant from the Masonic Charitable Foundation, the Freemasons’ charity.

A grant of £16,000 was donated to Plan International UK which is working to help the most vulnerable survivors in 70 communities in the worst hit areas of Odisha’s Puri district.

Bucks Freemasons were among the freemason groups from across the country that contributed to the fund.

A further £1,250 was sent to the Freemasons in Bengal, as they requested, to support local relief efforts on the ground.

The grant from the Freemasons to Plan International UK will help to provide dry ration kits of rice and other basic food to 5,000 families, along with…

read more at the Bucks Herrald: