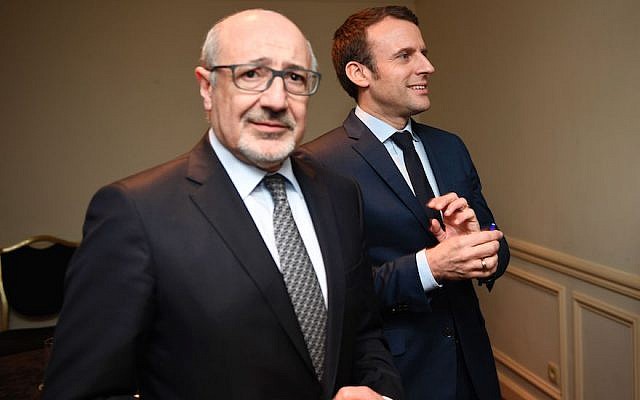 Draft resolution proposed within movement accuses Jewish umbrella group of following ‘extremist’ pro-Israel policies that lead to a ‘rise in anti-Semitism’
JTA — Leaders of the Freemason movement in Paris have urged members not to attend events organized by France’s Jewish communities because of their support for Israel, which they said increases anti-Semitism.
The circular issued this week by the Grand Orient of France received attention in the French media partly because of how anti-Semites and conspiracy theorists there often target Freemasons as a branch of world Jewry.
The document called CRIF, the umbrella group of French Jewish communities, “a follower of policies” promoted by Israel of “religious extreme right-wing ideology” that leads to…

read more at The Times of Israel: