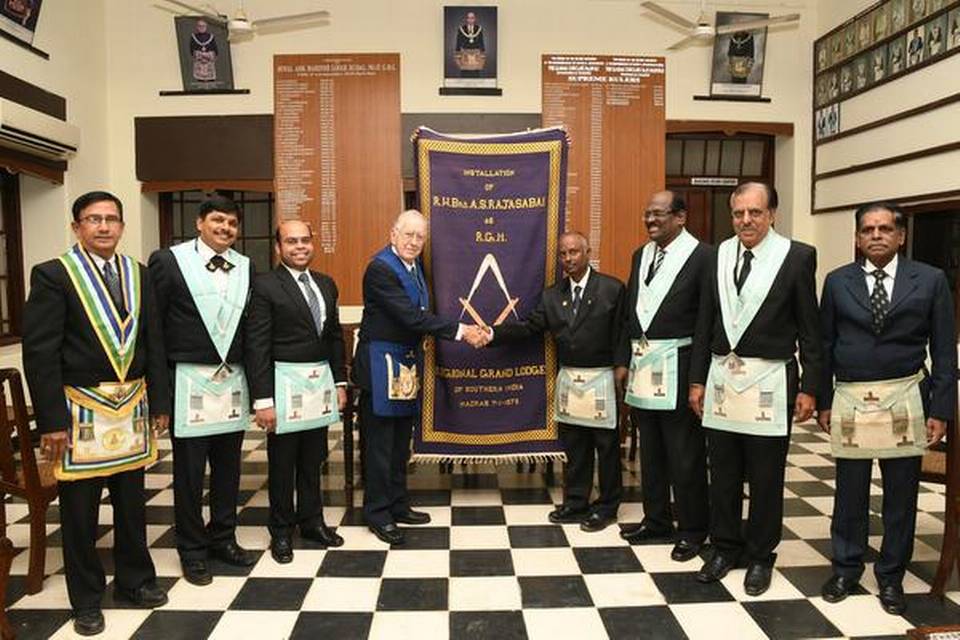 An octogenarian from Australia returns a 40-year-old commemorative Freemasons mat belonging to Lodge Rajasabai in Madurai
This story begins where most end.

Almost two decades ago, Tom Reimers, resident of a small beach town called Esperance in Perth, Western Australia, received a unique Christmas gift from his daughter. It was a silk-cotton mat woven in Bhavani in Erode district of Tamil Nadu. She picked it up for five Australian dollars at an auction in nearby Bunbury.

“The symbol embroidered on it caught my eye. It was one of the most prominent symbols — the square and compasses of Masonry — I always saw on the ceremonial attires of my dad, who is a Freemason of 47 years,” says Lois.

The story could have ended with Lois’ surprise gift to her father in the winter of 2000. But what she didn’t know then was that the gift would inspire her parents to travel 6,700 kilometres to return the 40-year-old mat to the rightful owners in faraway Madurai.

“When I saw the embroidered words on the mat referring to the installation of A S Rajasabai as the Regional Grand Master of Southern India on January 7, 1978, in Madras, curiosity got the better of me. I knew there was somebody’s sentimental value attached to it,” says Tom. He was in the city with his family to hand over the mat to members of Lodge Rajasabai. It took him several years to establish the connection of the mat to the temple town and get in touch with the right people, he says.

What persistently intrigued him was…

read more at The Hindu: