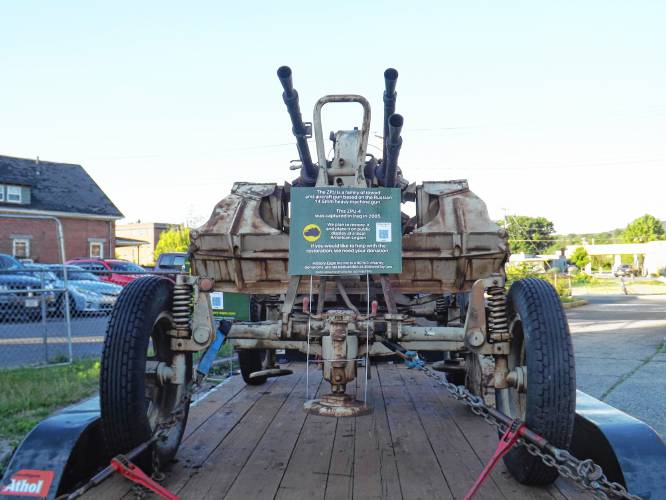 Anyone who simply drove by the parking lot of the North Quabbin Lodge of Freemasons early Thursday evening, June 10, without stopping missed a chance to examine several original vehicles and ordnance employed by America’s armed forces over the years, along with some accurate reproductions. The display was organized by the Massachusetts Military History Exhibition (MMHX), headquartered in Athol.

In addition to the Jeeps, cannon and firearms on display was a booth featuring information regarding the activity of L.S. Starrett Company during World War II. Among the many items available for viewing was the Army-Navy “E” flag awarded to the company in April 1943. The flag was awarded to businesses nationwide to recognize excellence in war production.

Officials from the Army, Army Air Corps, and Navy, along with company officials, joined Massachusetts Gov. Leverett Saltonstall to celebrate the awarding of…