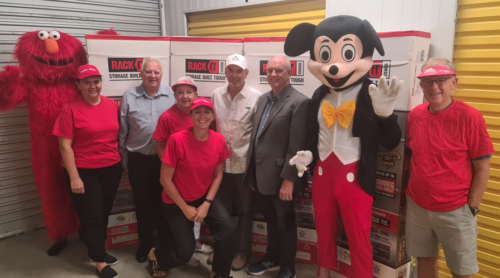 Preparations are already underway for this year’s Howick Santa Parade which will be good news for the thousands of Howick district families who love this traditional event and keep coming back each year on this day of fun and entertainment for their children.

Run by The Howick Children’s Charitable Trust the parade is one of Auckland’s original Santa Parades and first appeared on our streets 70 years ago.

The Trust relies heavily on community help including grants from the Howick Local Board, charitable pub grants and many community led fundraisers every year to raise the $60 – $70,000 it costs to run such a large scale event. So the contribution this year by local Freemasons was gratefully received.

There is always a wish list on the Howick Children’s Charitable Trust agenda, from purchasing new characters, chilly bins, trolleys and…