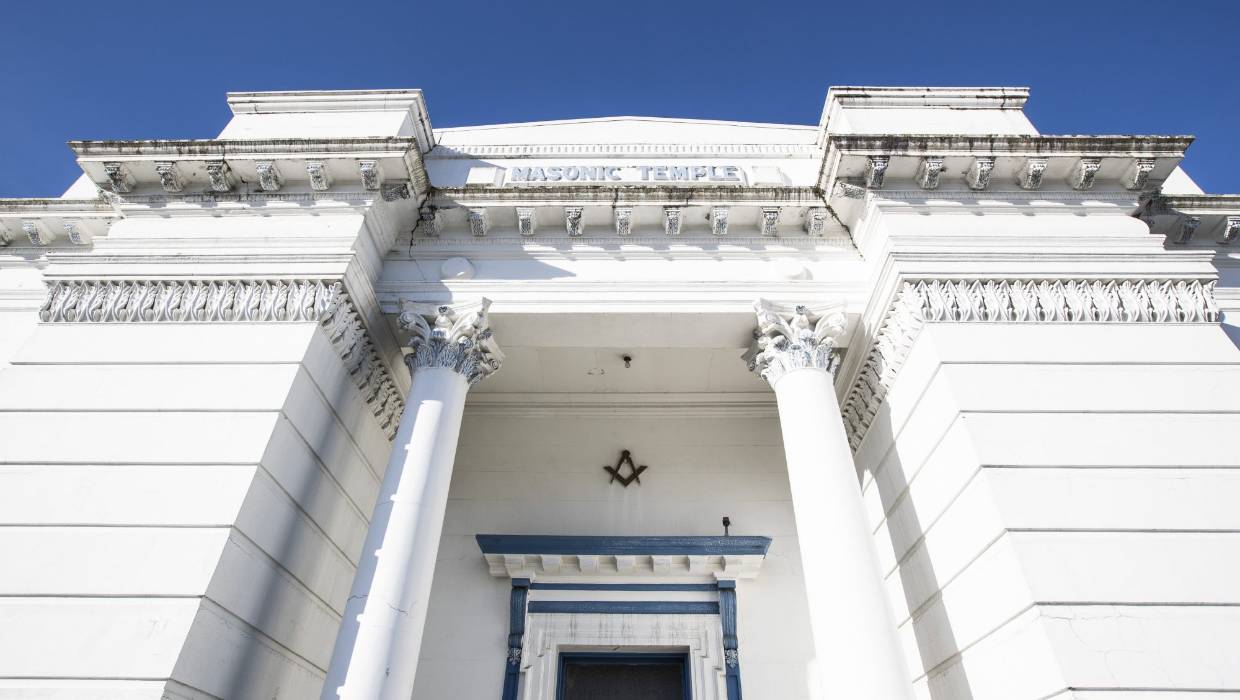 A 130-year-old Masonic temple in Nelson is on the market as rising costs force its lodge to move.
The heritage classified temple building on Collingwood St is being sold by tender, with offers closing on August 14.
The Southern Star Lodge, the oldest and largest masonic lodge in the South Island, was set up in 1853 and has owned the site at 133 Collingwood St since the building was first constructed in 1885.
During the following decades the temple was extended, with the building’s distinctive facade built in 1928.
However, due to rising maintenance and steep earthquake strengthening costs, the Freemasons are being forced to move on.
Southern Star Lodge secretary Tony Hunter said the decision to sell the building had been discussed since 2015.
“Our own members have fought tooth and nail to not have to go out of here – it’s a very sore point amongst…