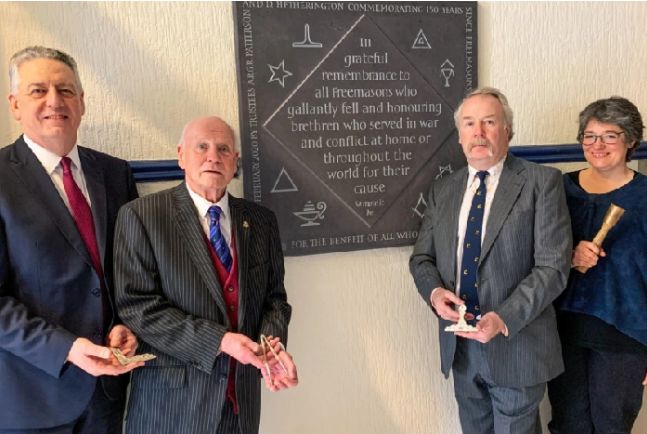 A memorial has been unveiled in Belfast to all of the freemasons who died in wars and conflicts at home and around the world.
Ronnie Wilson, who was trustee of the Freemasons’ Hall at Arthur Square from 1999 to 2009, explained that the hall’s new stone plaque was not a war memorial, rather an inclusive memorial stone to all those masons who died regardless of the cause they were fighting for.
The inscription reads: “In grateful remembrance to all Freemasons who gallantly fell and honouring brethren who served in war and conflict at home or throughout the world for their cause.”
Ronnie said: “When we were refurbishing this building 15 years ago it came to us that there were no war memorials in this Victorian building which had been…