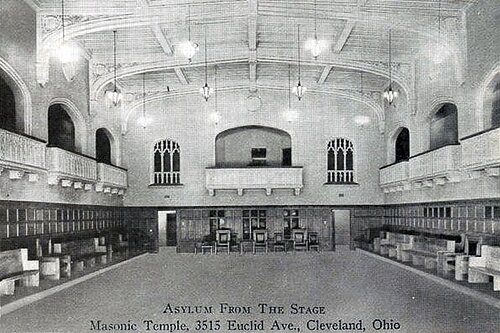 Freemasons, the oldest fraternal organization in the world that is committed to self-improvement, charity, and brotherhood, had a presence in Cleveland dating back to the early 19th Century when the city’s first lodge was organized in 1811.

Known as Concord Lodge No. 15, its charter was permitted to lapse in the face of Anti-Masonic movement prevailing in the 1830s. This situation was not permitted to last for long with Webb Lodge No. 14 being founded in 1836.

As the population grew and Freemasonry became more popular the number of lodges increased. By 1859 Scottish Rite Freemasons were established in Cleveland. The Scottish Rite traces its existence back to the massacre of the Knights Templar in Paris in 1307 when the survivors fled for their lives to Scotland and…