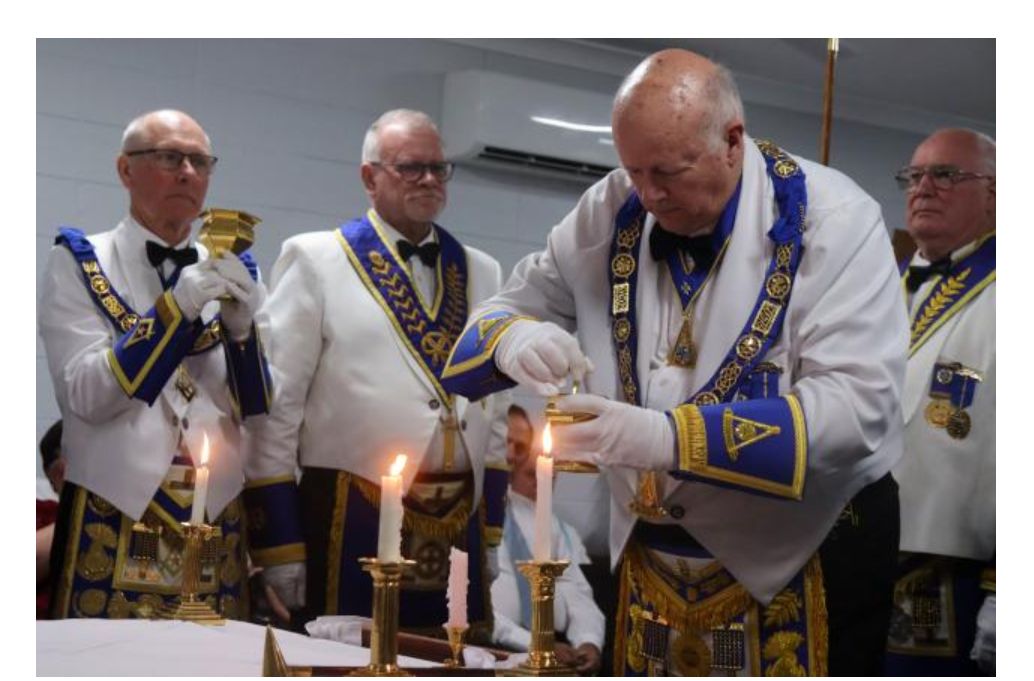 Outsiders had a brief insight into the secretive world of the Freemasons on Saturday, 26 November. While non-members aren’t usually allowed to see the ancient organisation’s ceremonies, the general public were invited to attend the consecration of the new Rockhampton Masonic Centre in Melbourne St, West Rockhampton.

The building was previously owned by the CQ TPI (Totally and Permanently Disabled Soldiers Association) and is situated on land leased from the Rockhampton Regional Council.

The previous Rockhampton Masonic Centre was a rented building in Alma St, but that building was sold last year, briefly leaving the Freemasons without a home.

Grand Master of the United Grand Lodge of Queensland, Jeffrey Harper, said the dedication of a new Masonic Centre hadn’t happened in Queensland for…