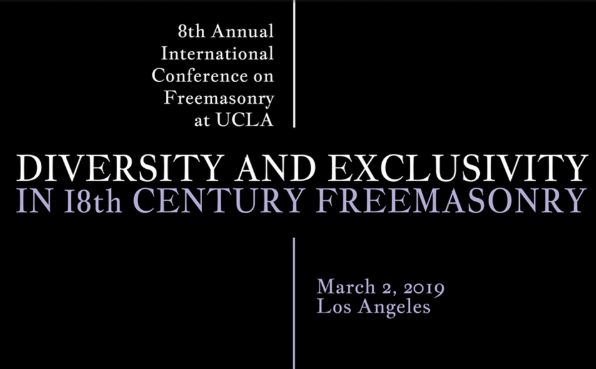 In today’s society, when welcoming and accepting strangers often stirs controversy, the Masonic ideals of tolerance and brotherhood appear to offer a solution. But, did these same welcoming impulses extend to how lodges treated those they considered to be “other” in the century of Freemasonry’s origin? Were foreigners welcome or distrusted? Did travelers know that some lodges would accept them while others would not? What was the significance of lodges’ social personas – aristocratic or commercial, French or English, etc.? And, what do quarrels between lodges at this time tell us, if anything, about the larger social climate?

On Saturday, March 2, join us for the 8th International Conference at UCLA to explore the dichotomy of diversity and exclusivity in 18th century Freemasonry. An international panel of Masonic scholars will present fascinating insights into our fraternity’s historic members around the world!

In 1746, The Sufferings of John Coustos, for Free-Masonry, and for His Refusing to Turn Roman Catholic, in the Inquisition at Lisbon was published in London.  The volume contained three prints illustrating Coustos’ punishments that, together with the written story they accompanied, became significant propaganda tools of the Freemasons.  By tracing this connection, it becomes apparent that Freemasonry, prohibited by a papal bull in 1738, was a significant thread connecting these three illustrations, and played a central role in the anti-Inquisition movement of…