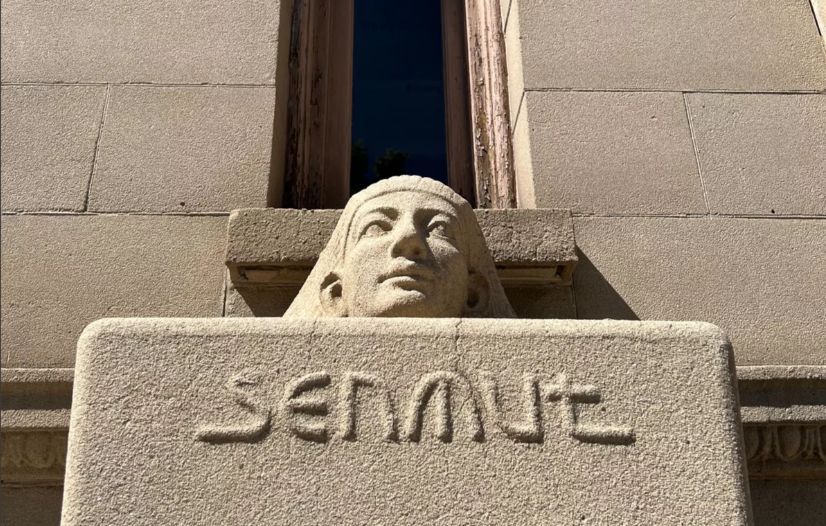 The wide open halls of Spokane’s old Masonic Temple are mostly empty except for the occasional event bookings. But an ancient guardian maintains a watchful gaze over Riverside Avenue’s Historic District, almost a decade after the Freemasons left the building.

Originally built in 1905 on the edge of the Spokane River and somewhat ironically located across the street from the Freemasons historic rival, the Catholic Church’s Cathedral of Our Lady of Lourdes, the building is a wonder of Neoclassical-Revivalist architecture, adorned with ancient symbols and inscriptions inside its approximately 118,000 square feet. Senmut, an ancient and powerful architect from almost 3,500 years ago, is one of them.

Four stone busts of Senmut guard each of the two south entrances of the building, which gently arcs around the curve of Riverside Avenue.