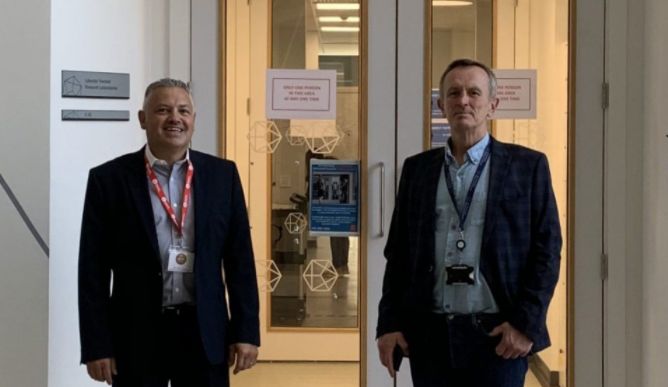 Research into a crucial protein linked to the development of Alzheimer’s has been supported by a £76,000 grant from South Wales Freemasons.
The grant is funding an Alzheimer’s Research UK PhD student, Aurora Veteleanu, at the UK Dementia Research Institute (UK DRI) at Cardiff University.

This £76,000 donation will allow Aurora Veteleanu to investigate if and how variations to the clusterin gene change the amount of protein in the brain. Exploring clusterin biology will add detail to our understanding of how proteins build up in the brain during Alzheimer’s and could present a new avenue for future treatments.

The first step towards their goal will be to find a reliable and accurate way to measure levels of clusterin in the blood, spinal fluid and brain. Ms Veteleanu will also explore how clusterin is made and released from cells in the brain. She will use stem cell techniques to grow brain cells in a dish that have the variations of the DNA code known to increase Alzheimer’s risk.

The grant from South Wales Freemasons comes through the Masonic Charitable Foundation, which is funded by Freemasons, their families and friends, from…