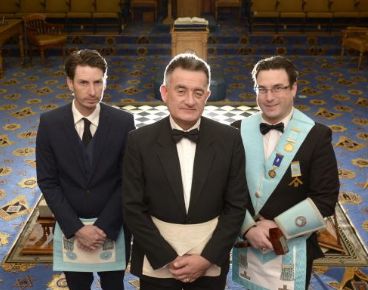 On the encouragement of his sons Daniel (left) and Jonathan, Chris Laird has recently become a Freemason. Photo: Gerard O’Brien

Two brothers who initiated their father into freemasonry at a ceremony in Dunedin this week say they are thrilled to be able to bring him into their world.

On Tuesday night, brothers Jonathan and Daniel Laird initiated father Chris as a freemason at a ceremony at the Dunedin Masonic Centre.

Jonathan, who is master of Dunedin’s Hiram Lodge No 46, said the ceremony was doubly special because his father…