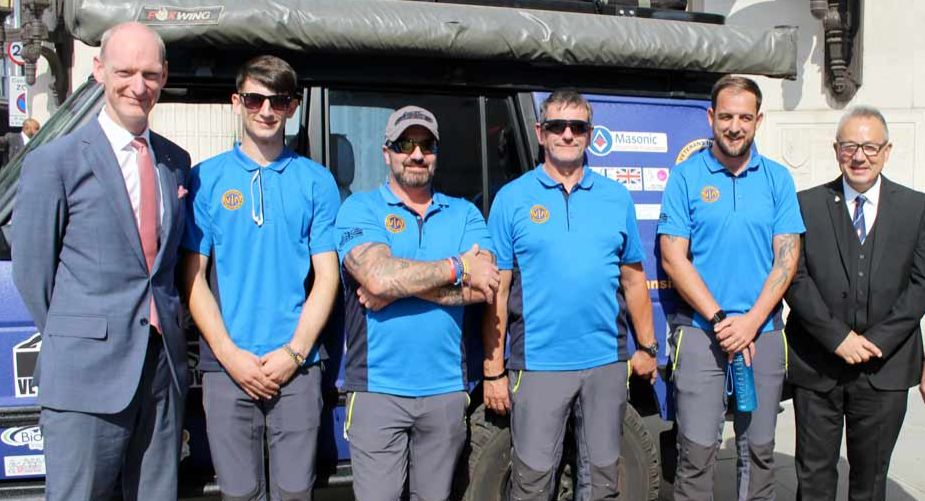 Four Land Rovers have left Freemasons’ Hall in central London for an overland expedition driving from the UK to Greece and back, a journey of 7,000 miles passing through 14 different countries.

Veterans in Action help those who have suffered the effects of war or who have found the transition back to civilian life difficult. VIA also work to enable people to understand more about Post-Traumatic Stress Disorder (PTSD) and veterans’ mental health issues. VIA uses the outdoors, centre-based projects, adventurous activities and expeditions to help veterans re-build their confidence, self-esteem, and self-belief.

The charity was one of four to be nominated by Freemasons in Dorset, with local people voting to decide the level of their award. They were part of 178,801 people who voted across England and Wales.

The Community Awards were a major part of Freemasonry’s…