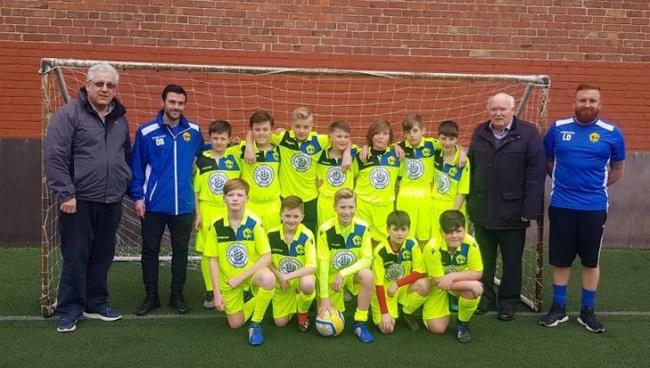 A Wirral youth football club has bought a new kit following a £500 donation.

The money, from Parkgate Freemasons, was handed to Birkenhead Youth Club FC during a training day.

The young players were really grateful and keen to talk about how the money would be spent on their ‘away kit’.

However, it was even more exciting earlier in the week when the team took delivery of the kits.

The kit, which features the Lodge crest, will be used by the under 13s football team and has gone down a storm with the kids and staff alike.

The cheque was handed over by Cheshire Freemasons Guy Morris and Steve Williams.