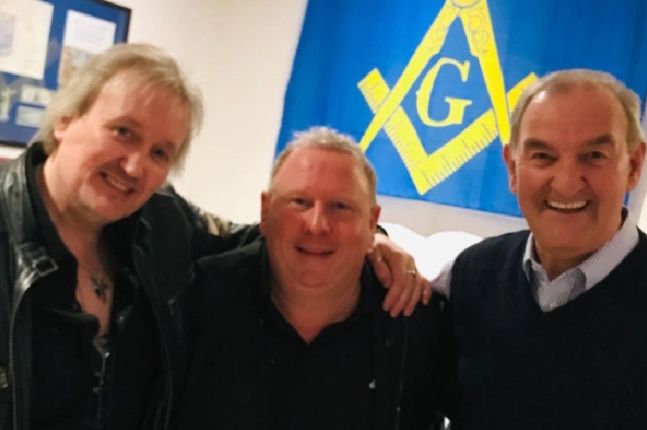 A Carrickfergus music promoter’s generosity at a charity evening has helped put a masonic lodge on course for a record year of fundraising.

Just five months into 2019 and the lodge has already raised £6235 towards both masonic charities and external good causes such as Northern Ireland Hospice, Teddies for Loving Care, Leukaemia Research and Hope House, Islandmagee.

The active Freemasons of Islandmagee recently hosted their fifth fundraiser of the year which was supported by members, their families and their friends.

They were joined by some famous faces including Steve and BBC sports commentator Jim Neilly, who regaled those present with vivid stories from many of the occasions and events at which he has reported.