England: Essex Freemasons and Essex Scouts teamed up to build the ropes course 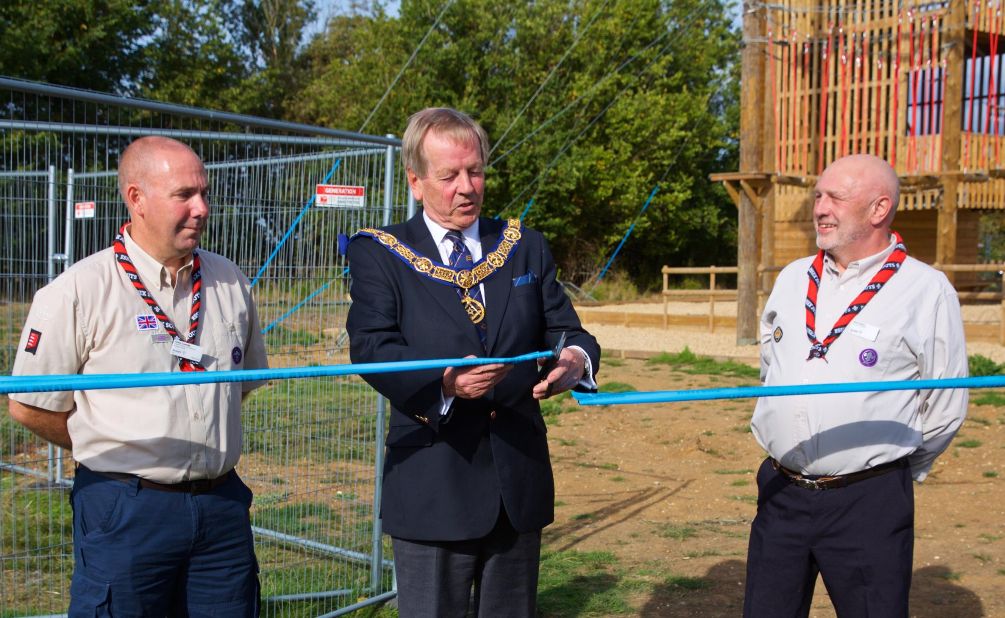 A high and low ropes activity center built for scouts has been opened following major donations from the county’s Freemasons:

The new £250,000 facility, which has a zipwire, is open to both able-bodied and wheelchair users and in places reaches as high as a four storey building.

It is a joint project built for the Essex County Scouts at Skreens Park, Chelmsford, to celebrate 300 years of modern Freemasonry.

The center’s high ropes and linear courses, including the zip wire equipment, were funded by a £145,000 donation from the Freemasons, with the Scouts adding a further £120,000 to build low ropes and…