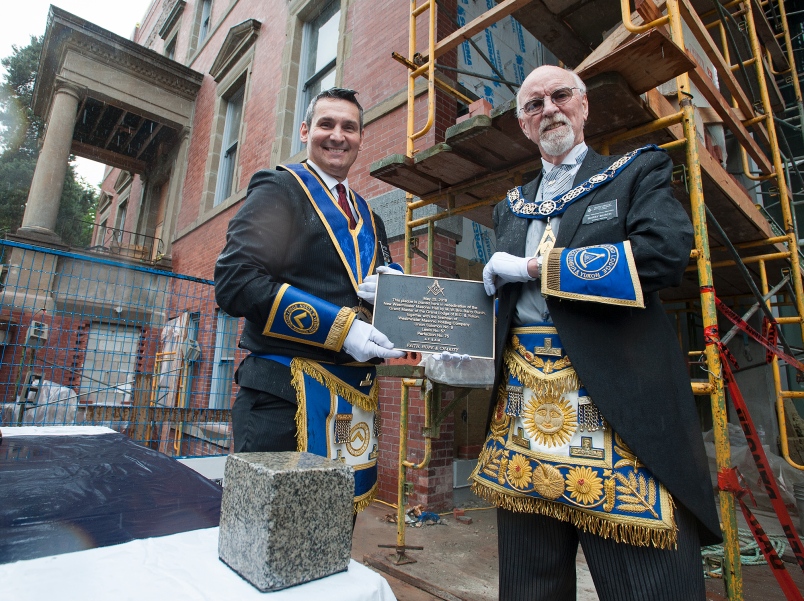 Wine, oil and corn were used as in a ceremony to rededicate a cornerstone at a development site in downtown New Westminster on Saturday.

Local freemasons and representatives from the Grand Lodge of British Columbia and Yukon gathered to rededicate a cornerstone on the freemason hall at 508 Agnes St. in 1912. The plaque was removed from the building when redevelopment of the site got underway.

John Harbick, a member of Lewis Lodge, said the ceremony is symbolic of the three lodges “coming home” – something they expect to happen in September. While construction is taking place at the site, Union Solomon Lodge #9, Lewis Lodge #57 and Perfection Lodge #75 are meeting at a lodge hall in North Surrey.

“It’s been a long, long process,” he said of getting a new hall. “At one of our banquets, there was a man there who said they were talking about building a new lodge building in 1961. Buildings age. The roof was leaking. Mold gets in the walls. The boiler went, and we were holding a meeting in November and you could see your breath in…