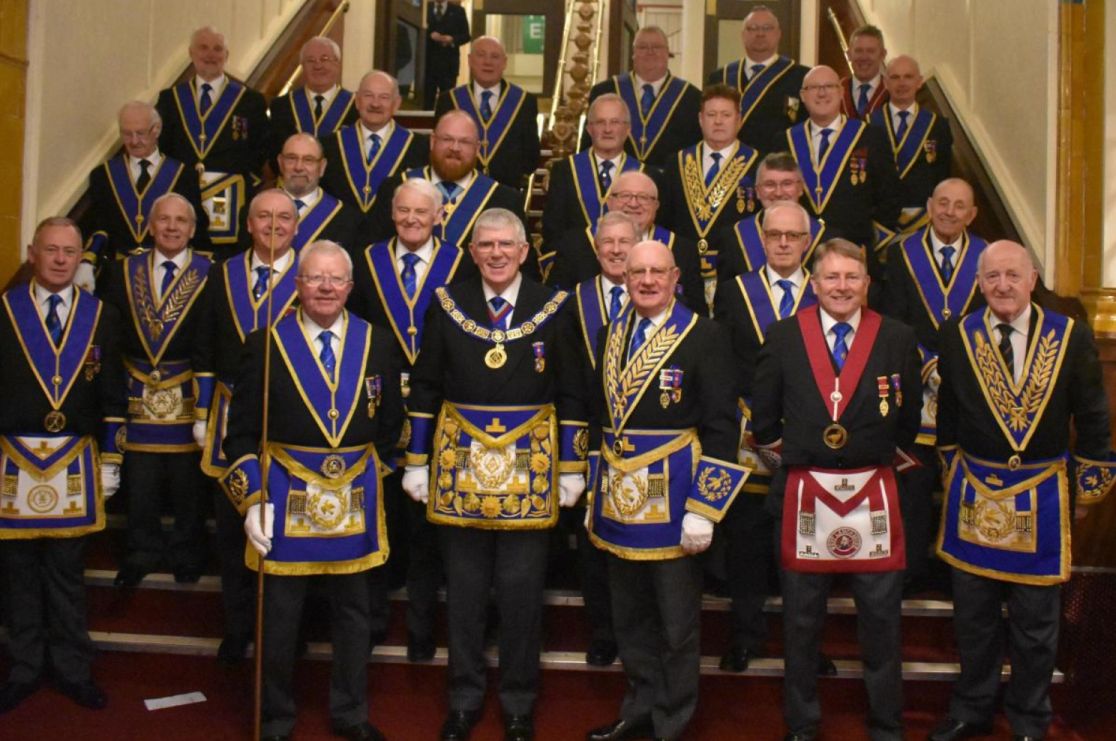 MEMBERS of a Furness Freemason group were honoured at an annual gathering.

19 members of the Furness group were honoured for their services to the organisation in front of 1,200 masons at the world famous Opera House theatre in Blackpool.

Masons from throughout the masonic province of West Lancashire from Liverpool, Stockport, Hawkshead and all places in between were at the meeting.

They were joined by distinguished guests from other areas including the head of Cumberland and Westmorland Freemasons Bill Bewley.

Furness and South Lakeland group chairman Peter Schofield said: “It was a delight to see members from the 14 lodges in the Furness area acknowledged for the part they play in helping our organisation and our halls function so well.”

It was also acknowledged at the event that Barrow’s David Grainger, senior figure responsible for …

read more at The Mail: