England – Lincolnshire’s Freemasons are thanked for their ‘vital’ donation 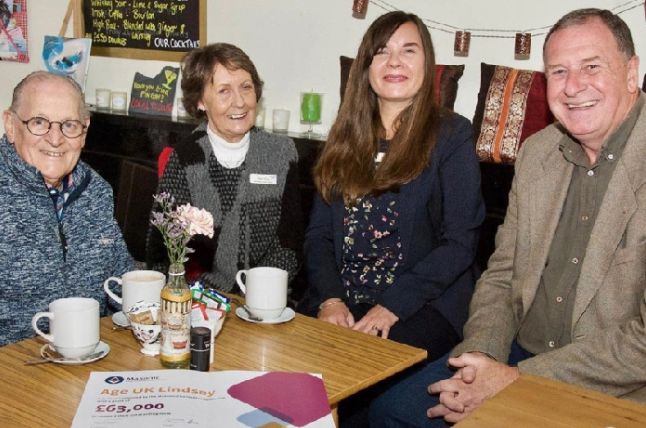 (by editorial board, Horncastle News, data)

Staff at an East Lindsey charity have said thank you to the county’s Freemasons… 63,000 times over!
The Lincolnshire’s Freemasons the Masonic Charitable Foundation has been able to support Age UK Lindsey with a donation of £63,000.
The potentially life-changing donation is part of a £1m project called Later Life Goals, launched nationwide to support the charity’s  work in reaching out to enhance the lives of many hundreds of lonely and vulnerable older people.
In Lincolnshire in this year alone that translates to one-to-one intervention on behalf of 262 people undergoing major transitions in their…