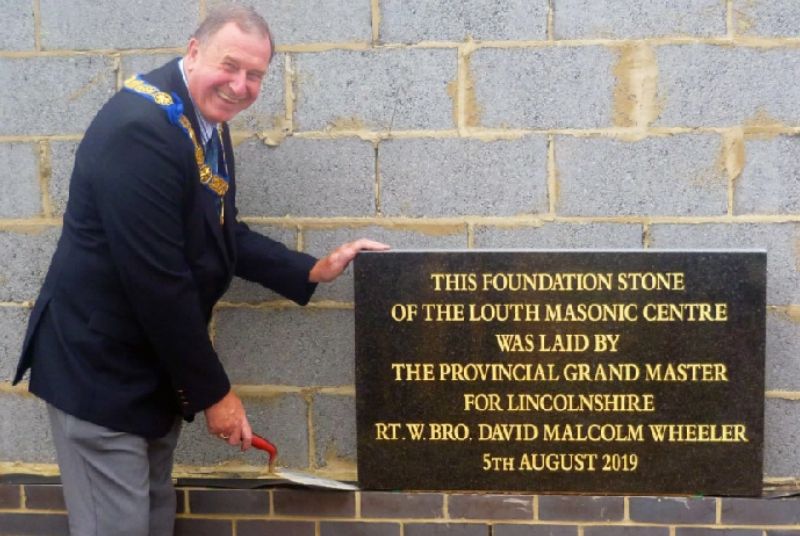 Louth’s new Masonic Hall has come a step closer with the laying of a commemorative foundation stone by Lincolnshire’s most senior Freemason.
Provincial Grand Master Dave Wheeler performed the official ceremony at the site of the new building in Bolingbroke Road on the Fairfield Industrial Estate.
The next stage in the building’s history will be the addition of roof trusses, which is expected during September, writing the next chapter of a story which began in 2010.
Until last year, the Freemasons met in the town’s Queen Street, but members agreed a new venue was required.
Building Fund Secretary, Ian Castledine said: “We first looked into moving premises in 2010 when it looked as though we might lose our car parking facilities in Queen Street due to re-development in the town.
“We looked at several buildings around the town, but could find nothing suitable.
“Then, due to the ongoing costs of keeping…