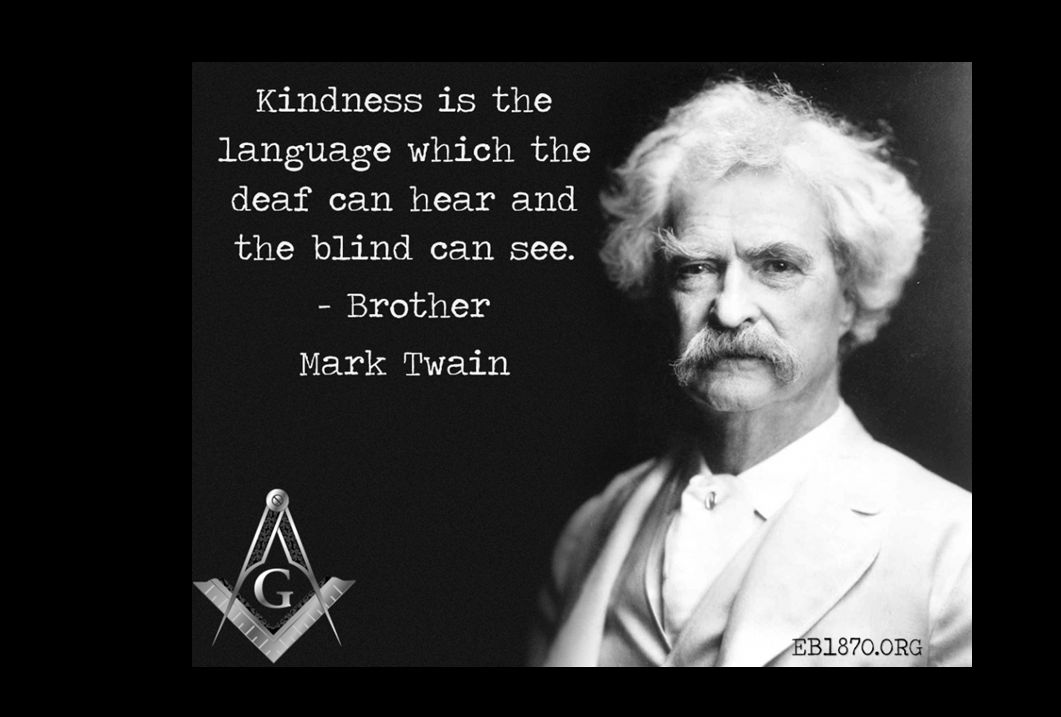 This article is the first of a series on Famous Freemasons. To read about more famous Masons, visit Universal Co-Masonry’s collection here.

“He praised his Maker that he was as he was and went on enjoying his little life just the same as if he really had been deliberately designed and erected by the great Architect of the Universe.”

Referred to as the “Father of American Literature,” Brother Samuel Clemens was a journalist, writer, and humorist, more commonly known under his pseudonym “Mark Twain.” Clemens first wrote under the alias as a newspaper reporter in 1863, referencing a Mississippi River term meaning “Mark #2” or the second mark line on a steamboat denoting safe passage depth on the river.