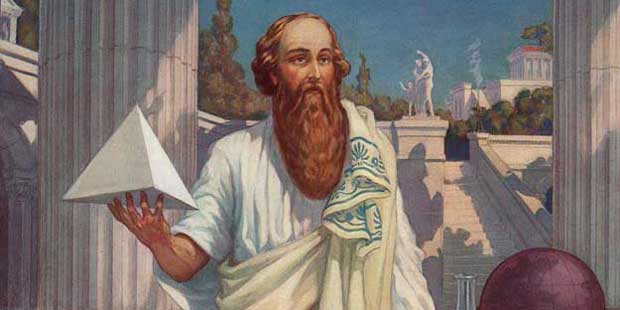 Freemasonry and Geometry: What are the Symbolic Meanings of the Most Basic Geometric Forms?

The more abstract a concept is, the more meaning that we can find in it. Is this because the meaning is all projected from within our minds, or because there is something objectively real there to be found? Plato or Pythagoras certainly believed the latter, as did Jung with his archetypes, and certainly the abstraction of mathematics has enabled much of our modern scientific grasp of the workings of the world around us.

In Freemasonry, we deal in symbols constantly. The Temple itself is a symbol, as are all the rituals which take place within, and there are layers of meaning which are only revealed as one progresses through the degrees. Geometry, in particular, is very significant to Freemasonry. This stems not only from the practical geometrical knowledge that was required to build grand cathedrals and other structures by operative masonry, but also from the Western wisdom teachings stemming from Pythagoras, Plato, and others, often referred to as Sacred Geometry, which sees a greater symbolic significance in geometrical forms.

While its common to find interpretations of more complex forms like the Flower of Life, or Metatron’s Cube, some of the geometric forms I find most fascinating are the simplest. This is because the simpler a form is, the more universal it is. In the simplest forms, I see the very foundations of all creation. So, what is the symbolic significance of a few of these simple geometric forms?

What follows are not in any sense “official” masonic interpretations of these forms, but merely one mason’s reflections on them. Books can and have been written to interpret these and other geometric forms, so here we will just be…