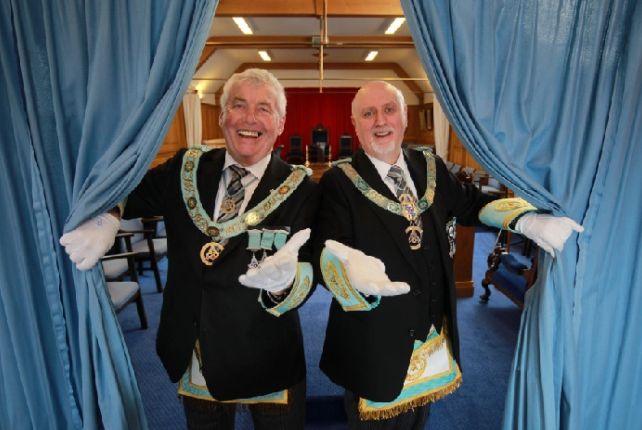 Ireland’s largest province of Freemasons has appointed a new Provincial Grand Master to lead them into the future during what is an exciting time for the organisation.

Prominent and successful businessman, John McLernon, who made a name for himself during his career as Operations Director at Bushmills Distillery has been a Freemason for over 50 years. John has taken up the role of Provincial Grand Master of Antrim and plans to grow the organisation in the 21st century and encourage more people to join.

Local Freemasons from throughout the province including Tyrone helped John in his celebrations.

Freemasonry is one of the world’s oldest and largest non-religious, non-political, fraternal and charitable organisations and with 150 lodges and over 5,000 members in Antrim alone, 30,000 across Ireland, and six million world-wide, the organisation is very much alive and well and …

read more and watch the video at Tyrone Times: