New Zealand – A helping hand from the Freemasons 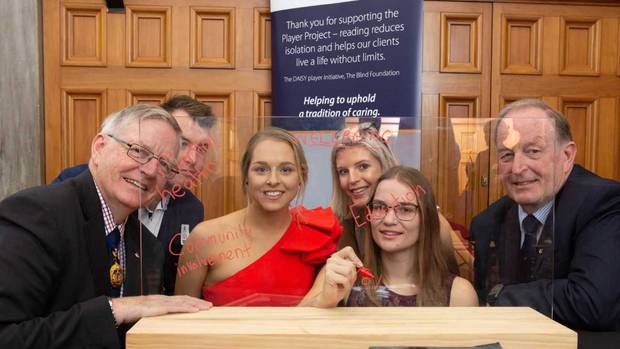 Francene Thomas from Kaitaia was one of 20 university students who each received $6000 Freemasons’ scholarships at a function at Parliament last week.

Ms Thomas is studying for a Bachelor of Social Sciences (Honours) degree at the University of Waikato, majoring in psychology, which she hopes to follow with a Master’s degree in cognitive psychology.

Along with numerous university awards and significant on-campus involvement, she had completed more than 250 volunteer community service hours in Northland and the Waikato, including mentoring at-risk youth for the Blue Light holiday programme. She was a St John cadet for eight years.

He other passion is Thai boxing, in which she has won trophies. In 2014 she was Far North Thai Boxing’s most consistent student, and a year later she was its most consistent, most dedicated and most outstanding female student.

Last week’s function also was the presentation of $80,000 in scholarships to eight postgraduate students, while four veterinary science students and one veterinary technology student from Massey University received $10,000 Lawson-Smith Freemasons…

read more at The Dortland Age: