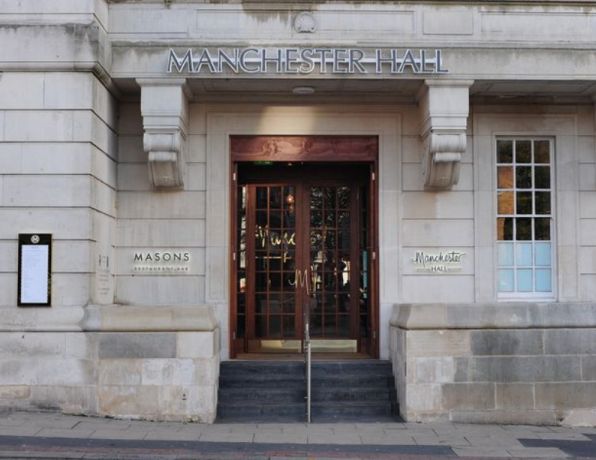 Manchester’s set to get a glamorous new bar this evening, as the 400-capacity Vanitas opens inside Manchester Hall.

The former Freemason’s Hall has undergone a multi-million pound transformation and is now home to Mason’s restaurant, with hotly anticipated Indian restaurant Dishoom preparing to officially open on December 6.

The team behind the grade II-listed building have added in this glitzy and sophisticated bar as they continue their mission towards becoming the most sought-after social destination in the city.

Vanitas has filled the remarkable memorial hall on the ground floor of the historic building, with its name up in lights above an entrance wedged between Mason’s and Dishoom. The trio make for an impressive frontage.

The name Vanitas refers to the 17th century Dutch art genre, where gothic paintings symbolise the inevitability of death.

Despite the gloomy undertones, these artworks featured all of life’s luxuries – roses, globes, hourglasses, exotic fruit, and all sorts of treasures, and…