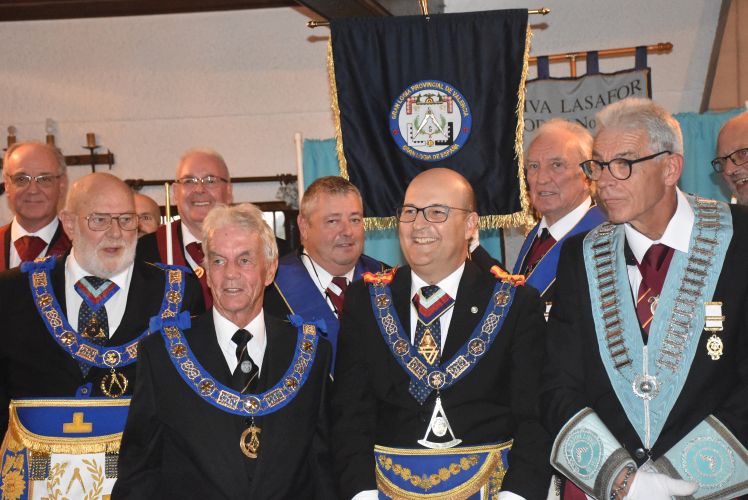 Recently, Freemasons of Oliva La Safor Lodge celebrated their one hundredth meeting. This was a major milestone for the Lodge and, amazingly, two of the Lodge’s founding Brethren, WBro John Mony and WBro Derek Moseley, were there to celebrate this very special meeting. The meeting was held in Viva España restaurant in Oliva and was a ceremony to raise Bro Robert Monte to the third degree.

The ceremony was conducted in an exemplary fashion by the Worshipful Master of the Lodge, WBro Malcolm Burt and all of his Officers and, to further celebrate, the Lodge was honoured by two very special guests. The first being the Provincial Grand Master of Valencia, RWBro Michael Shilan, the other was no less than the Grand Master of Spain, MWBro Oscar de Alfonso Ortega.

We were particularly lucky to receive…