The Masonic Letter G stands for…? 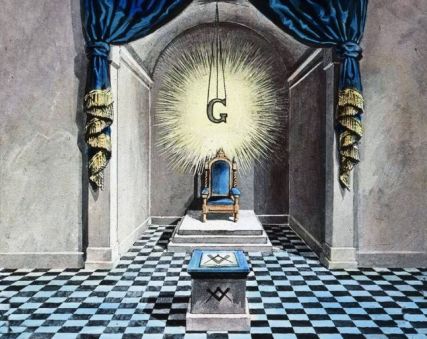 To what does the symbol allude? Doubtless, there are many answers to this question. Depending on what country, what masonic group, or what Lodge you’ll get different answers. All are interesting, and some are actually a bit astonishing. It has been said to represent ideas such as God, Geometry, Generation, Gnosis, Great Architect, Gamma, Goodness, Gimel, Goat, and more.

When did the letter G first appear in Freemasonry? It is hard to say for sure. One theory is that the symbol could have been brought in by Rosicrucians and Qabalists who became Masons the last part of the 17th century.

Another theory is that it was introduced some time subsequent to 1717 by the members of the Grand Lodge of England. We are told in the early Masonic lectures that G signifies “Geometry, the Root and Foundation of all Sciences.”

By the beginning of the nineteenth century, the letter G, was said to have a symbolic meaning of God as synonymous with Geometry. It was sometimes displayed in the center of the Lodge and other times hung in the East. The G represented both “God” as the supreme being and “Geometry” which is imagined as a means of seeing the perfect ordering of the universe. Temple G

Over time, it became identified with many other things. Why? That is exactly the topic of a debate that has been raging for centuries. The Masonic letter G is one of those aspects of Masonic history that seems to follow an unpredictable path.

Masonic Scholar Albert G. Mackey goes so far as to say he feels Masonic symbolism has been hurt rather than helped by the adoption of the letter G. He writes:

“It is to be regretted that the letter G. as a symbol, was ever admitted into the Masonic system. The use of it as an initial would necessarily confine it to the English language and to modern times. It wants therefore, as a symbol, the necessary characteristics of both universality and antiquity.”

Is Mackey correct? Does the letter G lack universality? Has it hurt Freemasonry? How…