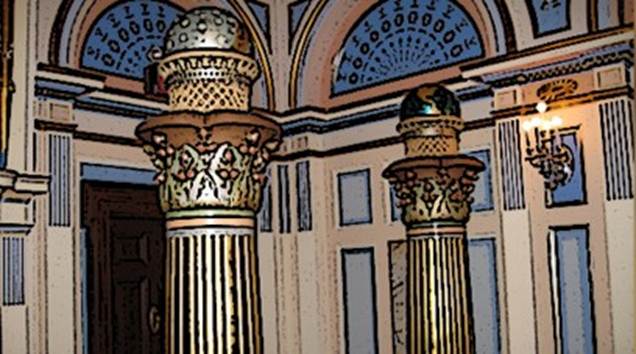 I have a sense that every person on this planet is being tested at this time. This impression came to me recently while watching the tragic burning of the Notre Dame Cathedral in Paris. The fire blazing impacted the world greatly. How could this happen? The faces of the French people singing the Ave Marie, some while kneeling and weeping, was unforgettable. I knew in my heart that they were not just responding to a building on fire. There was something deeper going on. But, what?

One of the most impactful images was the flames bursting forth in front of the twin pillars on the cathedral, which both survived. The spire and roof, however, burned down. As a Freemason, I have learned the symbolic importance of the two pillars featured prominently at the entrance of Masonic Temples. Since the beginning of time, sacred and mysterious places have been guarded by two such pillars acting as guardians at the gateway into unknown realms.

It seems to me that the burning of Notre Dame was an extreme situation. But throughout history, we could name many more such situations. Freemasons are familiar with the lessons associated with tales of destruction, especially of King Solomon’s Temple.

Do these tragic events point to dramatic changes in human consciousness? Are we being challenged to look deeply into each and every situation on the earth to see what is really taking place? Are we being tested? Does an examination of the two masonic pillars give any insight?