Unveiling the history of the Freemasons in Malaysia 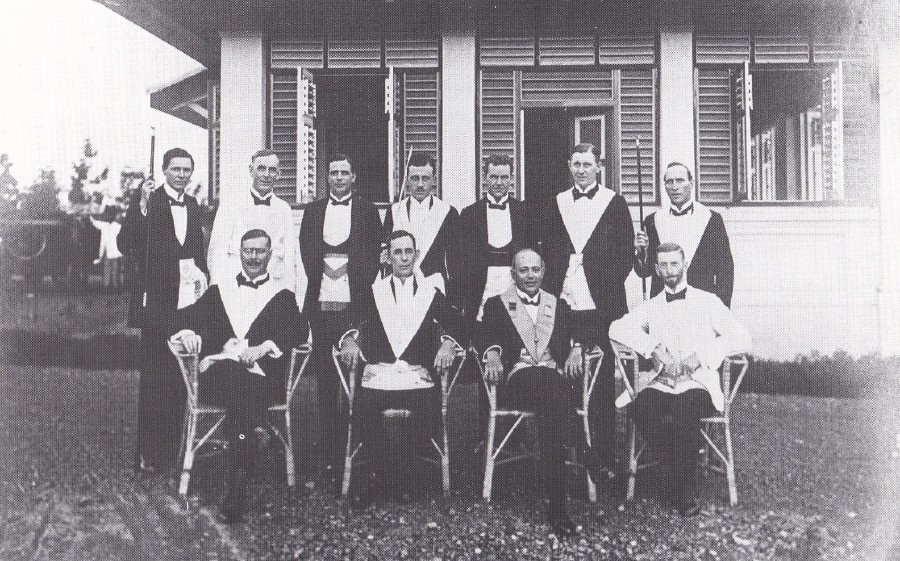 The founding members of Lodge Kedah in 1918.

“WHAT else do you have?” I ask the elderly Chinese man after purchasing two pairs of wooden coffee shop chairs. He pauses momentarily to think before heading off into his bedroom without saying another word.

Introduced by a fellow collector, I’d made the trip to Pengkalan Kundor earlier in the morning and had quite a tough time locating the seller’s standalone wooden house. Being the sole occupant, his house is nearly filled to the brim with antiques accumulated over the years, ranging from vintage British bicycles to Chinese lacquer baskets.

“Hopefully these may interest you,” the seller blurts out, handing me a small cardboard box filled with all sorts of bric a-brac.

While a large majority of the items are modern trinkets and ordinary school badges, an unusual looking pendant suddenly catches my eye. My heart skips a beat when I see the words Lodge Kedah No. 3830 on the pendant.

Upon closer examination, I soon ascertain that the item is indeed a genuine and extremely rare local Masonic Lodge memorabilia. Trying hard to contain my excitement, I enquire about the price and the origin of the pendant while showing the equally intrigued man the puzzling bits of soil remnants still stuck to the odd corners of the central design which bears a close resemblance to…