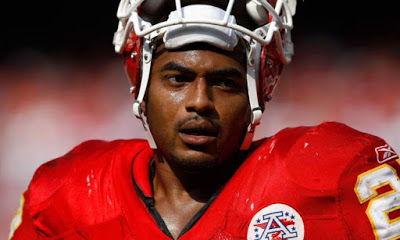 I’ll probably regret posting this because I have given up believing that Masons bother to subdue their passions when it comes to anti-social media these days. Plus, reporting on anyone’s Twitter ramblings is almost always a spectacularly bad idea. More so when it ventures into pseudo-political-cultural territory. But here goes.

Mr. Larry Johnson, former NFL running back for the Kansas City Chiefs (2003-2009), burbled out onto his Twitter feed a couple of twisted anti-Masonic insults last week. The most egregious being a suggestion that, while Christian churches and Muslim mosques have seen mass shootings, Masonic temples (and Satanic churches which are somehow associated in his mind) have remained unscathed.

His obvious inference being that something out to be done about…