Was Brother Theodore Roosevelt a Feminist? 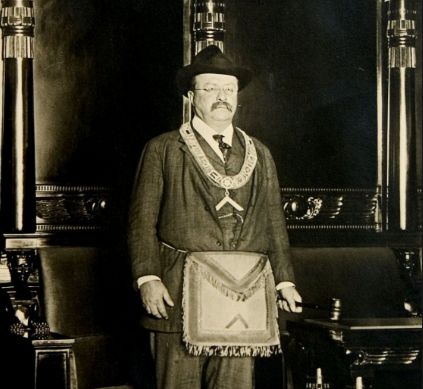 The man, the myth, and the legend: Theodore Roosevelt was a larger than life figure whose beneficent impact on the rights of humanity has continued long after his earthly demise. Few figures in American history can match Roosevelt’s archetypal status as a hero, adventurer, statesman, and visionary.

He was a many things in his life time, including a Freemason and President of the United States. Was Brother Theodore Roosevelt also a Feminist?

Born in New York City in 1858, the boy, named Theodore Roosevelt Jr., was a frail and asthmatic child. Yet, sharing in his Father’s belief that willpower and strenuous living could overcome all infirmities, Teddy transformed himself with discipline and determination into a strong, courageous individual.

Colonel Roosevelt of the Rough Riders, 1898

His tenacity and idealism would later assist him in weathering dark storms of difficulty, particularly on Valentine’s Day of 1884, when Theodore lost both his mother and wife within a span of a few hours. His mother, Mittie Roosevelt, died of typhoid fever at age forty-eight, in the same house as his first wife, Alice Lee Roosevelt, who at age twenty-three, died following the birth of their daughter, Alice.

Theodore expressed his deep grief with a single, poignant sentence in his journal: “the light has gone out of my life.”

Searching for a way to transcend his personal tragedy, Roosevelt moved forward by working on a Cattle Ranch in the Dakotas. Then he served as Assistant Secretary of the Navy before attaining mythic war hero status for leading the Rough Riders’ charge of San Juan Hill in the Spanish–American War.

Joining the soon-to-be President McKinley as his running mate, they won a landslide victory in 1900, based on a platform of peace, prosperity, and conservation.

Ascent to Power: Freemasonry and the U.S. Presidency

In 1901, Theodore followed in the steps of his hero, Brother George Washington, by knocking on the door of the Temple to become a Freemason. He was initiated on January 2nd in…