Benjamin B. French – a Freemason 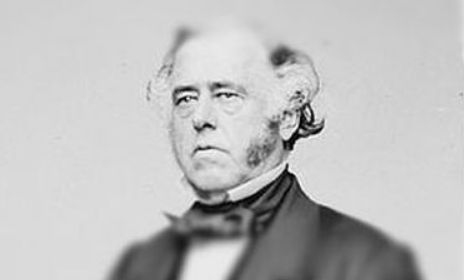 “Arguably no Mason has been associated with more public Masonic

functions over a longer period in the Capitol than Bro. French.”

The nineteenth century was the time of many prominent Masons, but Bro. Benjamin French was such an exceptional one that he requires special notice.

Benjamin B. French was born September 4, 1800 in Chester New Hampshire.  His father was a lawyer of high standing and for several years Attorney General of the State of New Hampshire.

In 1819 he went to Boston hoping to go to sea. Failing to obtain a berth on a ship, he enlisted as a soldier in the United States Army and was stationed at Fort Warren on Governor’s Island in the harbor of Boston. He was appointed a Sergeant soon after enlisting and faithfully performed his duty for about four months when, at the request of his friends who provided a substitute, he left the army on September 12, 1819.

He then returned to his father’s, he began the study of law, which he pursued with diligence for five years, that being the time fixed by the bar rules of New Hampshire. At the February 1825 term of the Court of Common Pleas for the County of Rockingham, held at Portsmouth, he was admitted an attorney at law.

He was thus a lawyer by profession and following his marriage in 1825 to Elizabeth Smith Richardson (1805-1861), daughter of Chief Justice of New Hampshire William Merchant Richardson and a cousin of Judge William A. Richardson, formerly Secretary of the Treasury, he became active in politics, serving as Assistant Clerk of the State Senate of New Hampshire (1828-1830).

Initiated in 1826 in New Hampshire and courageously serving Corinthian Lodge as Master in 1831, 1832, and 1833 during the Anti-Masonic period, he was also Grand Marshal of…