Brotherly Love Off To A Rough Start In 2019 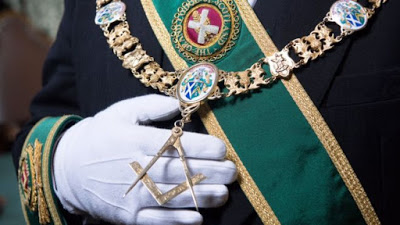 As Freemasons, we’ve made the decision that we want to live our lives a different way, by a higher set of standards than other men. We consider ourselves a fraternity of freethinkers—a society of thoughtful men who ponder the great questions in life. We believe in many things including equality, brotherly love, relief, truth, charity, toleration, etc. And we talk about these concepts and tenants at great length within our Fraternity.

Yesterday, on a Grand Lodge Facebook page, a Brother expressed an opinion. It wasn’t very eloquently expressed, but he simply pointed out he didn’t like being called “bro.” The traditional way Masons address each other is “Brother” not “Bro.” It was a pet peeve. It wasn’t something I’d probably share on that venue, but I didn’t think much about it because I understood exactly where he was coming from. We are a fraternity steeped in tradition, and those titles we use in addressing each other are a form of showing respect for each other. And I share with him an opinion that too many Masons don’t show proper respect for our traditions and ritual. Like Masons that show up for a Masonic funeral in jeans, or don’t bother to turn off their phones prior to a Masonic meeting (and then answer a call during the meeting). So I got what he was complaining about–a lack of decorum, respect, and reverence for the Fraternity and what it represents. And in truth, I don’t like being called “bro” either and I’m not exactly some stodgy old curmudgeon—as far as I’m concerned it’s the same as being called “dude.” What surprised me was a number of comments on that benign post—so I decided to read them.

It was disappointing. Instead of letting this Mason share his opinion, and give a moments thought to…