Echoes of the Templars 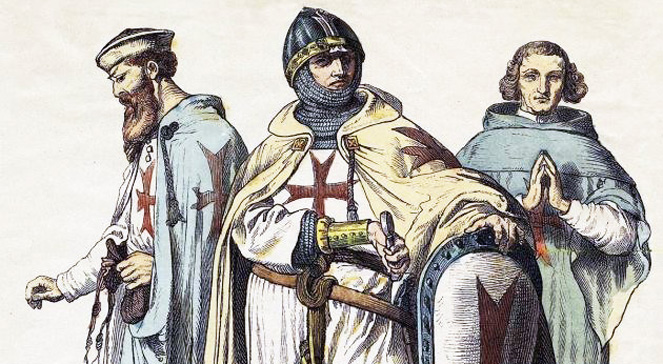 It seems appropriate to begin this overview of the appropriation of Templar symbolism from the original, medieval Knights Templar religious order by the contemporary Caballeros Templarios cartel by noting that the borrowing of ancient religious and military symbolism by more recent and questionable groupings is not uncommon.

In contemporary Pagan-revival Odinism / Asatru, for instance, a re-appropriation of Nordic mythology by far-right groups is not uncommon.[1]

[T]heir Viking imagery often resembles that used by neo-fascist groups. Its president, as well as at least one actor from the historical re-enactment company, are also involved in the activities of the ultra-nationalist group Atalante Québec and the skinhead band Légitime Violence.[2]

More precisely to our point, the Knights Templar of history were founded as a military order of monks with a rule devised by the Cistercian St Bernard of Clairvaux at the Council of Troyes (1128/9). St. Bernard was also the author of a spectacular defense of Templar chivalric warfare against the Saracens, In Praise of the New Knighthood (Liber ad milites Templi: De laude novae militae,1129). Their function was the protect both the holy places of Jerusalem and pilgrims traveling to visit them.

Since then, the Templars have featured in medieval Grail legends, in Masonic rites beginning with a Templar branch founded by Baron Gotthelf von Hund in 1755, and notably in one proto-Nazi cult. Anders Breivik, the perpetrator of the Utoya massacre, claimed to be a Templar, as do various alt-right groups…